And who the heck is Texas Twister? 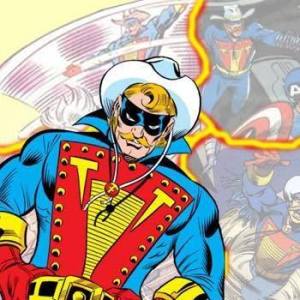 I don’t know who this guy is, but he did the job. Read about Marvel Comics’ Texas Twister by clicking here.

September is Childhood Cancer Awareness Month, and I have been taking part in one of those social-media “awareness” events since Thursday.  It was supposed to last 24 hours, but after taking on a comic-book character identity on Facebook, I started asking myself one of those questions I tell my student journalists is critical to their lives and careers:  Why?

What is awareness?  How does it work?  Am I going to do anything more than just be aware?

It’s a highly appropriate question and clearly relates to the subject at hand, which is children.  “Why” is one of their favorite words and often the bane of parenthood, but as a dad and journalism educator, I find the “why” question pretty easy to answer in this case.

Because we’re responsible for them.  Because we love them.  Because their sweetness and innocence remind us of who we all were and should be. Because I can’t stand to see a child hurt, or a parent hurt when a child is hurt.

Adults sometimes make me think I’m turning into the most cynical, paranoid and fightin’-mad malcontent on either side of the Wisconsin River, but I still can’t watch a commercial or movie that has kids in a heartstrings-tugging situation without having to mutter to others, “I think there’s some dust in my eye.”

I occasionally show the iMax film “Hurricane on the Bayou” in my classes because of the way the story is woven together and the wonderful behind-the-scenes account of how it was made.  It holds tremendous lessons for journalists, especially regarding how far we need to go to get a good story.

When she was just a kid, the now grown-up Amanda Shaw made me cry. Right-click the screen shot from her page above (or click here) to read about her and hear some of her fantastic music.

There’s a scene in which the young Amanda Shaw, now a 24-year-old and highly successful musician, is being interviewed about her grandfather, who has not yet been found after Hurricane Katrina.  She’s having a tough time holding it together.  Ten years later, every time I show it in class, so am I — even though I know, dozens of viewings later, how it turns out.

We’ve probably all been touched by childhood cancer in some way, just as we’ve been touched to some degree by virtually every other cause for which awareness campaigns occur.  The sheer number of problems out there can make it difficult to act. How many can we try to solve in any given day?  What difference can we make?

Those are much harder questions for me to answer than “why” in this case, but this time, I’ve decided to do a little more than just sticking a cartoon up on my Facebook page and roping another couple of folks in.  I know this is not the answer for everyone, but it’s my answer, for this issue, on this weekend.

It’s not a lot, but every little bit helps.  In the hope that children with cancer everywhere, along with their loved ones, can have an easier go of it, I’ve given $10 to the Ronald McDonald House, which has long been one of our favorite charities.  A buck is for my 12-year-old son Sam, who was in the Ronald McDonald House in Temple, Texas, before he ever came home to the apartment where he spent a number of weeks hooked up to a heart and breathing monitor as a premature baby.  A buck for my 7-year-old daughter Lorena, who was also a premie but had a way easier time.  Two bucks for my wife, bless her heart. 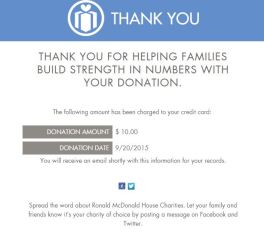 There you go, Nick. You made your former instructor stop and think!

A buck on behalf of Nick Collenburg, who got me involved in this and assigned me the Texas Twister personality, and a buck each on behalf of mi cuñada Rosie Woodward, mi sobrina Ivannia Herrera Gonzalez, and friend and colleague Tim Krause, who each signed on for awareness through Facebook.  Look at that — you all made me stop and think, and that made at least a small difference!

I still don’t know who the Texas Twister is, and I don’t have the time to be that aware (looked up the link, but just glanced over it).  I hope that this post helped someone be more aware, that my family’s small donations help someone, that you all have a blessed week, and that we all get something done where we can.