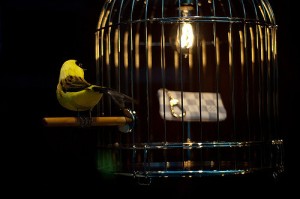 It might as well be with the product itself. This may seem like an irrelevant aside, but bear with me, as I’m a guy who believes both structure and content are crucial to how messages might be received, especially when those messages superficially mask an ominous core.

An application that pre-structures essays makes about half as much sense as other offerings now on the market.  After all, if we’re going to remove requirements that students be able to plan and execute, without an on-screen template, the outlining and structuring of messages,  we should go all-in and let students avoid having to work at their own content, too.

But schools for chefs don’t mess with instant cake mixes. I’m not sure we need to fool around with halfhearted attempts to promote true understanding of writing to anyone beyond elementary school.

I see some very limited potential in this product, but I see more potential for it backfiring among the very people who may need it most.  Example: the blog post that promotes it.

If we assume the author’s criticism of education was unintentional, she has a problem that software just won’t fix.  She appears to have used her own writing structure, but worked with pre-packaged content that gives a very limited portrayal of what the profession of education involves.

Her blog entry seems to take Ayn Rand’s pie-in-the-sky individualism, neoliberalism’s faith in so-called free markets, the trite criticisms of university bashers, and the veiled sarcasm and cynicism of tired advice columnists everywhere, cramming it all into a blog-post template for self-promotion.

The content didn’t fulfill the structure’s promise. What came out was a half-baked concoction of convenience that tasted vaguely like another bitter attack on education.

That’s harsh, and in some ways it may seem unfair. But the post is unfair to anyone who cares about higher education — which is most of the people I work with.  Intentional or not, it’s damaging.  It therefore needs rebuttal.

To Ledhowski, a faculty position is a “job.” To me, and most of my university friends and colleagues, it’s a calling.

To her, tenure is “a gilded cage.” To me and many colleagues, it’s an illusion and a promise broken, a system we see crumbling before our very eyes (as it has been for years).

To her, academia is an area with no risks and no real rewards. To me, facing a field with burgeoning administrations, shrinking budgets, declining enrollments, increasing pressures to perform even more with fewer resources, and shriveling numbers of tenured and tenure-track educators, it’s a time of extraordinary challenge and commensurate opportunity.

To her, starting a company is “making jobs.”  To me, it’s a potential classroom discussion: why would someone want to create something (a “job” for others) that isn’t good enough to keep her own self feeling happy, productive and satisfied?

From where I stand, this is a richly varied gig for those of us who choose it. Just for starters, it involves:

Professors run the equivalent of several small- to mid-sized businesses at once.  Ledhowski herself begins to acknowledge this when she writes about English professors being able to, in addition to use a semicolon properly and fill out paperwork “like nobody’s business,” do research, think critically and solve problems.

In the larger context of her piece, however, the acknowledgement rings hollow.

Despite having much in common with business, education lacks the same potential  for economic profit for most faculty.  Our eroding standard of living, which for many wasn’t good in the first place,  is the most obvious indicator of this.

Most of us know we could do better on the “free” market with our credentials and experiences.  Some of us came to academia because we didn’t want to crank out products, collect our profits, and repeat.

And we stay despite the the increasingly successful efforts to weaken tenure, which we all know has never meant a job for life, regardless of what critics think.  Yet this is the narrative Ledhowski perpetuates, and it’s why her essay is so disturbing.

The real question might be, “So just where, in reality, is this gilded cage?”

Someday Ledhowski will be looking for a software wizard with management skills.  Or a good copywriter or public-relations professional who needs to write from scratch in order to deal with a unique problem or opportunity. Or a human resources manager who can train all those folks who must be hired but are puzzled by human interactions and fundamental communication requirements.

When she does, she’ll be able to look to our universities — basic economic engines of our shared culture —  where all of us canaries will be trying to teach future employees to sing, even while the fat cats keep swatting around with their grasping paws through the broken doors of our rusted cages.

We may not always be successful at teaching everyone to be perfect at both form and content.  Still, no company has yet to outperform us.

It’s a great job, and somebody has to do it.

2 thoughts on ““Gilded cage?” Maybe it’s not where you think.”